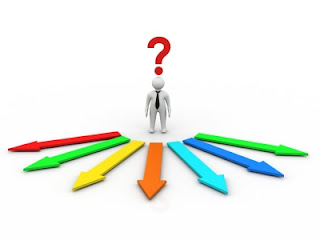 In a previous post I wrote about the perils of multitasking, that your brain literally isn't wired to multitask.  Here I will discuss the primary negative effect of multitasking - diffusion.

Multitasking is about activity, diffusion is about capability.  When you and your organization are diffuse, your capability is significantly reduced - and the effect is exponential.  For example, imagine yourself talking on the phone and trying to watch your favorite TV program at the same time.  It can be done, but your concentration on either has been diminished.  Now let's throw in reading a book.  Do you think that you're capable of reading a book, watching your favorite TV program, and talking on the phone at the same time?  The honest answer is "no."  By throwing in one more task, you've reduced your ability to concentrate by an order of magnitude.  Now, let's throw in cooking a meal to the mix.  The bottom line is that your ability to effectively do each of these tasks is now close to zero, more than one of the tasks will have to fall in priority - thus focus is lost, quality drops, and performance is severely degraded.

A person or organization that can reduce diffusion and increase focus will realize a marked improvement in performance.  This requires a complete reversal of mindset - focus over multitasking, simplicity over complexity, and one thing at a time.  For organizations this means significant structural changes - changes that are wrapped around a clear and consistent mission.  More on this to come...

(Diffusion image by jscreationzs).
Posted by Joe Gartrell - Outlaw PhD at 10:53 AM