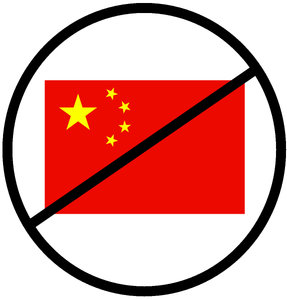 Last week I bought a new potato peeler at Walmart in anticipation of mashed potatoes and baked sweet potatoes as part of my Thanksgiving dinner.  On Thanksgiving day, I happily plopped my potatoes in the sink under slightly running cold water and began the chore of peeling the potatoes.  One, two, BREAK!  On the third swipe the potato peeler broke in half.


Unfortunately, my experience with Chinese quality (said with tongue firmly tucked inside my cheek) is the norm, not an anomaly.  We have completely abandoned quality, and our economic well being, in exchange for cheap goods made in China.  We are also risking our collective health because the Chinese, in their quest for insanely low manufacturing standards, are using questionable materials and ingredients.

The official PMI definition of quality is:
"The degree to which a set of inherent characteristics fulfill requirements"

Now, let's all yawn and take a nap.  While technically accurate, the PMI definition leaves a lot on the table.  Quality, by nature, is defined by the end user, whether it be a client, customer, employee, etc.  A jeweler can rave about the "quality" of a colorless or near colorless diamond, but if the customer really likes the yellow, or fancy diamond, the jeweler's definition of quality doesn't really matter.


Quality is about expectations.  My expectation for my potato peeler was to get a little more use out of it than three strokes.  If I'm looking for a blue SUV with at least 200 horsepower, four doors, adequate storage space for family trips, and fuel mileage that exceeds 20 miles per gallon, the requirements can be fulfilled by dozens of SUVs on the market, but would they actually meet my standards, what I expect to buy?  Requirements are more like a minimum punch list, but expectations get closer to the real goal of what quality is about...and the Chinese just aren't meeting any level of expectations.


We need to rethink our giving away our expectations in exchange for Chinese junk.

Your absence defines you 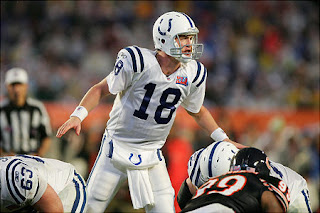 I've been a HUGE Colts fan since I was a kid in the 1960s (anyone remember Johnny Unitas?).  In that time, the Colts have been through the highest of highs and the lowest of lows.  In the past decade the Colts have been on the high side; however, this year Peyton Manning has been out all year because of multiple neck surgeries.  The Colts, one of the winningest teams in football, now stand at 0-8 and could be 0-16 at the end of the season.

There is no doubt that Peyton Manning means everything to the Colts, but there's more - he's the glue that holds the team together.  His absence has proved his value.  Professionally, his absence defines him.

The great Johnny Unitas played in two Super Bowls, winning one and losing one (ironically, that's Manning's Super Bowl record too).  The difference between Unitas and Manning is that in both of Unitas' Super Bowl years, he was out most of the year with injuries and Earl Morrall led the Colts to the playoffs.  Without Manning, the current Colts aren't themselves, they're completely defined by Manning.

In my previous post, I wrote - "When establishing a brand, the best way to get to the crux of the meaning of the brand, the "why" behind the brand, is to define the absence of the brand."  You, my friends, are a brand and your absence defines your brand.  What hole do you leave personally and professionally?
Posted by Joe Gartrell - Outlaw PhD at 11:33 AM