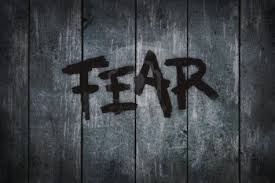 Though we'd like to think that we don't, most of us live, to varying degrees, out of fear. We fear what people will think about us, we fear that something bad will happen, we fear that if we don't conform we'll be left behind, and so on.  This is not how to live a meaningful life and it certainly doesn't help you fulfill your purpose.

Fear has its place, we have a natural fight or flight survival instinct, but in most things, we tend to choose flight rather than fight.  We don't like confrontation, we tend to conform, and we would rather deal with what's known versus the unknown.  How do we break out of that, how do we confront and defeat the fear?

First, and most important, your mind generally over blows your fears; most fears are either not warranted or they're nowhere near the severity that you ascribe to them.  Second, your best weapon against fear is action (and this also applies to worry, which is a form of fear).  Taking action against a fear is powerful and is the best way to address and remove the fear.  Inaction, which is a very common response to fear, only feeds your fear. Third, you will never be able to remove problems and stressors from your life, it's part of the human condition.  So, accept reality for what it is rather than what you want it to be.

You can conquer fear by constantly challenging yourself and others. Challenge the status quo, challenge what doesn't make sense, and challenge assumptions. Your fears need not restrain your life and your decisions - take action, take chances, and take control.
Posted by Joe Gartrell - Outlaw PhD at 11:38 AM 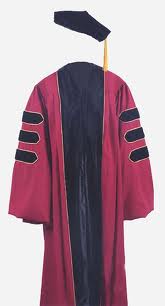 I'm hunkering down to get my dissertation finished by the end of the year.  In doing so, I'm also re-branding all of my efforts to a new personal moniker that is more appropriate to my future pursuits - Outlaw PhD.  The new brand denotes my propensity to not participate in group think, to be a 90 degree thinker (in a different direction, but not necessarily the opposite direction), and toward my dislike of the status quo.

I will be using this brand for all platforms including my lecture series, multimedia interviews, radio shows, book series, and the like.  It really doesn't apply until I've defended my dissertation, but I am ABD, so I'm comfortable in using the moniker.
Posted by Joe Gartrell - Outlaw PhD at 11:10 AM