50 is just the beginning 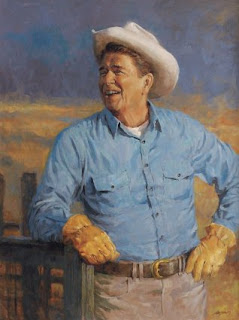 Today is the 100th anniversary of Ronald Reagan's birth and this is the year that I turn 50 (along with most of my friends).  I always use the dates of significant events as markers to give perspective to my life and this year, coupled with Ronald Reagan's 100th birthday, is a good marker.
Ronald Reagan was 50 years old when I was born; however, the majority of his accomplishments were yet to come.  Think about it, at 50 years of age, though he already had a steady film and radio career behind him, Ronald Reagan was just beginning to gain real traction via his contract to host the General Electric Theater.  Though fired in 1962, the GE experience catapulted Ronald Reagan to a different level.
50 isn't the "new 30" or any other tired cliche, it's a marker that can be the start of something new, a continuation, or a re-direction - it's anything that you want it to be.  50 also means that there is a trail of experience to be leveraged, there's a maturity and knowledge base that only time can give.
Posted by Joe Gartrell - Outlaw PhD at 10:55 AM