Week 1 of "Opposite December" 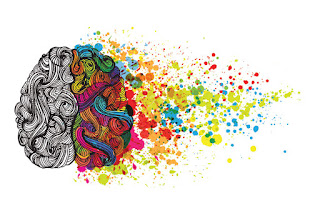 I am a week in to my “opposite December” where I am taking a 180 degree path away from what most of us do in December – slowing down, more merrymaking, etc.  I decided to take an opposite tack, to only drink twice during the month (during a team happy hour on the 17th that closes down my work year and on New Year’s Eve) and to hit the throttle on work, projects, and exercise while most are slowing down.

A week in to no alcohol has opened my eyes to the many benefits of abstention.  My reason to dial back on the alcohol is related to my health and weight and I’m noticing a significant difference already.  My sleep is profoundly better.  I am sleeping through the night (a sign of getting the deep slow-wave sleep that is foundational to consolidating memories) and I am having my old vivid dreams again.  My memory is better, I feel a greater sense of attentional control, I have greater mental acuity, and I have more energy.  I definitely feel a gastrointestinal difference – I don’t get bloated after meals and my stool is normal versus loose (I know that’s gross).  Alcohol hijacks your liver, so you temporarily have trouble metabolizing other nutrients.  I drink Rumple Minze, which has a high sugar content, making the problem worse.  So reducing or abstaining from alcohol has many metabolic and health benefits – my blood work, though good, will probably improve and the weight will probably come off easier (I am not overweight, I just need to get back down to my fighting weight).  My skin looks better and my eyes are wider and whiter.

I have a major post doc deliverable due by the end of the month and I have made more progress toward that in the past week than in the past several months.  My attention is focused on those things that really matter; it’s easier to do when I am accelerating while the world slows down.  I have cooked two meals from scratch in the past week, which I’m endeavoring to make a daily habit.  Keep in mind that dopamine (the stress blocker) is not released as the result of an action, it’s released during the process of action (think exercising).  Doing the thing, moving forward in the right direction is the dopamine producer, so making positive steps forward helps to battle cortisol and epinephrine, the stress produced enemies of the body and brain.